This post originally appeared at WeStandUp back in March; since the site has folded, I’m reposting it here.

Kalief Browder spent three years in jail for a crime he didn’t commit.

By now, his story is known to many: arrested in 2010 and charged with robbery, grand larceny and assault, the then-16-year-old Browder spent the next three years of his life imprisoned at Rikers Island. During his incarceration, Browder developed severe depression; his family attributes Browder’s depression — and multiple suicide attempts, both at Rikers and after his release — to the time Browder spent in solitary confinement. Following his release in 2013, Browder’s mental health continued to deteriorate. On June 6, 2015, one week after his 22nd birthday, Browder hanged himself from an air conditioning unit outside his bedroom window.

END_OF_DOCUMENT_TOKEN_TO_BE_REPLACED 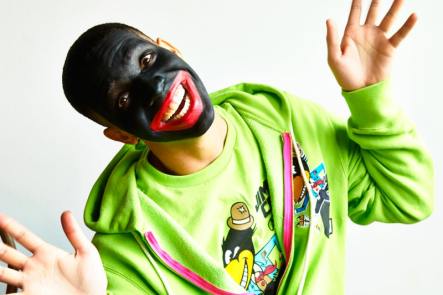 Technically speaking, the beef between Pusha T and Drake is really a proxy war. In 2002, the duo Clipse (comprised of Pusha and his brother, then known as Malice) guest-starred on the track “What Happened To That Boy” by Birdman, the head of Cash Money Records and Drake’s boss.

The track was produced by Pharrell, who had discovered and signed Clipse to his own record label; according to Pusha, Birdman never paid Pharrell for his production work. So, out of a sense of loyalty to Pharrell – who is too easygoing to engage in this kind of dispute – Pusha adopted the beef as his own. (The Washington Post put together a nice timeline if you want to follow along.)

END_OF_DOCUMENT_TOKEN_TO_BE_REPLACED

“I love America more than any other country in this world, and, exactly for this reason, I insist on the right to criticize her perpetually.”

A large swath of the population has begun to define patriotism as unquestioning loyalty. Criticism of our society or our leadership, they claim, is an expression of hatred for our country and therefore must not be tolerated. Acknowledging that this country is not perfect, they assert, is not a simple exercise of free speech. It is tantamount to treason.

END_OF_DOCUMENT_TOKEN_TO_BE_REPLACED

First-person essays have been around as long as the craft of writing itself, and they’ve enjoyed a surge in popularity in recent years. It’s easy to see why: from an editorial standpoint, first-person narratives offer a potentially unique take on a particular topic, and the outlet that runs them is able to offer a perspective that none of their competitors have. From a more cynical business-side view, since these essays are typically the work of freelancers or unpaid contributors, the outlet risks very little in terms of money or exposure while potentially reaping the benefits if the piece goes viral.

END_OF_DOCUMENT_TOKEN_TO_BE_REPLACED

I woke up this morning to a text from my fiancée. It was a link to an article titled “The Unbearable Whiteness of Being,” written by John Vercher for Cognoscenti. I felt a pang of recognition; you see, I’d written an essay by the same title over a year ago. I’d shopped it around to various outlets, but didn’t receive any responses. I wasn’t surprised by the lack of interest; it is (necessarily) long, and I doubt there’s much of a market for first-person essays about biracial people who identify as black but present as white.