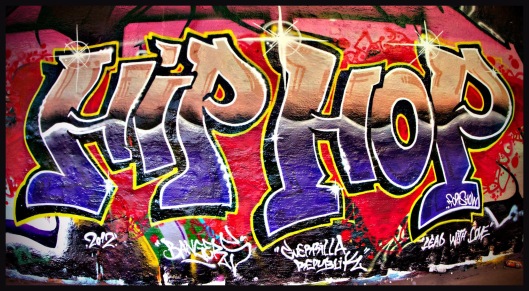 I suppose I could make a bunch of sounds vaguely resembling an apology for the massive, unendurable, and frankly unacceptable length of time between posts, but I think it’s clear by now that 1) I am not sorry, and 2) it is highly likely I’ll do it again. Probably between this post and the next one.

I read an article recently on Deadspin about Kanye West’s latest song. (A quick summary for those who don’t feel like clicking the link: it sucks.) I was surprised; after all, Kanye has been one of the few hip-hop artists whose track record is considered unassailable. Even 808s & Heartbreak, reviled at the time of its release, is now believed by many to be ahead of its time. (I do not share that opinion: I think that album is fucking garbage. It’s Auto-Tuned to death, the songs are boring, and it’s where Kanye developed the bad habit of relying too heavily on the 808, a practice that’s seeped into every album of his since.) Everyone also agrees that My Beautiful Dark Twisted Fantasy is a classic album; in fact, the author of the linked post above rates it as the best rap album of all time. But if I’m being completely honest, I don’t even like MBDTF that much. I guess I can see why so many people think it’s a work of genius, but I still prefer College Dropout to anything he’s done since.

When I was younger, hip-hop was the only genre of music I ever bothered to listen to. I would go to websites like RapReviews.com (the masthead of which looks suspiciously like “Rape Reviews,” which led to many uncomfortable questions), SOHH.com, and so forth. I would submit lyrics to a hip-hop lyrics website, and I would get supremely irritated when someone would post lyrics that were clearly inaccurate. I would buy such seminal works as Drag-On’s Opposite of H2O and play them endlessly in my Discman. Hell, I even took online quizzes to test my knowledge of hip-hop and hip-hop artists. Maybe that was because I was a white-looking kid living in the suburbs and I didn’t want to be a cliché; I don’t know for sure. But I digress.

I prefer College Dropout largely because I have such fond memories associated with it that I don’t with MBDTF– I was a senior in high school (where I peaked as a person), and I listened to that album constantly while I drove around. My entire life was about to change: I would soon be going to college out of state, I would make new friends (sacrificing my old ones to make room, because I’m not a good friend), I would have new experiences; everything was uncertain. I was preparing to dramatically alter the course of my life- I wanted to relish the comforts of home before I did, just in case things were never the same again. In the face of all the impending upheaval, my love for hip-hop was the one thing I assumed wouldn’t change, and my voracious consumption of that Kanye album (and a few others, like Jedi Mind Tricks’ Visions of Ghandi and Canibus’ Rip the Jacker) were evidence of that. Because I’d spent so much of my childhood and pubescence listening to hip-hop, I saw it as my way to remain tethered to the realm of the familiar. Suffice to say, I was a hip-hop head; not only that, but I was convinced that I would remain a hip-hop head for the rest of my life. And even though there’s a mountain of evidence to support the notion that you will one day outgrow the music you loved when you were younger, I truly believed I was the exception to the rule. Like most teenagers, I thought I appreciated hip-hop on a deeper, more meaningful level than others, and everyone else just didn’t get it, maaaaaan. I was secure to the point of arrogance in my love for hip-hop.

Kanye just released his latest album, The Life of Pablo (or TLOP). However, since I’m blindly loyal to Spotify and don’t give a shit about making sure Madonna maximizes her profits, I don’t use Tidal; therefore, I am unable to listen to the album, at least for the time being. I have no idea if it’s any good, but if the not-at-all-prone-to-hyperbole folks at Slate are willing to call it “miraculous,” I’m sure it’s yet another solid effort on his part. If I’d had the opportunity to listen to TLOP in its entirety, I might be inclined to write a review, but I didn’t.

It didn’t bother me so much that I didn’t know TLOP was coming out. What did bother me, though, was the realization that, in the same way I let old friendships from my hometown fall by the wayside, I’ve almost completely lost touch with hip-hop culture.

I had no idea Kanye was even working on an album until I read that article on Deadspin. And when I saw that, I was ambivalent; my reaction was essentially “Oh. Okay.” I had the same lack of reaction to that newfound knowledge as I did when Kanye tweeted “BILL COSBY INNOCENT !!!!” It was just one of the things Kanye does: create an album, dominate the airwaves for a bit, make some sort of vague noises about “art,” offend the shit out of an entire group of people, claim he’s being singled out for [insert reason here, don’t forget the word “art”], lather, rinse, repeat. The whole process has become tiresome to me, because I’m not emotionally invested anymore. If it’s the greatest album released this century, I wouldn’t be surprised; if it’s the worst, that probably wouldn’t shock me either. It seems I no longer have the capacity to be interested by anything Kanye West does. (And honestly, I’m glad.)

And it’s not just Kanye. I don’t know if I’m just out of touch or if the lyrical skills of hip-hop artists have fallen off a cliff, but hip-hop hasn’t really done much to excite me in a long time. Sure, I’m always happy to hear a new DJ Premier beat or a track from Nas or Mos Def, but that’s probably for the same reason I still like College Dropout: it reminds me of the days when hip-hop was all I cared about. I can no more get excited about the new Future album than I can a new Mumford & Sons single- I never understood the appeal of either, and I don’t think that’s going to change.

I was talking to a friend of mine about it, and he mentioned that he was having the same issues- nothing new in hip-hop really moves him the way it used to. So maybe it’s less about my no longer understanding hip-hop and more about a general shift in what hip-hop is all about now. If that’s the case, what’s to say that I’ll ever care about hip-hop the way I once did? If the direction of hip-hop isn’t defined by anything but the trends of youth culture, then a condition of growing up is that the things that resonated with you in your youth are all you can bring with you into adulthood. First love only happens once, and all that.

But at least you can remember it fondly.